I recently resolved an interesting case for a client who sustained a significant brain injury after she unknowingly inhaled carbon monoxide – she almost died. The story is told below, but it is important to share that the Defendants in the case refused to accept any responsibility for years until they were exposed as being the wrongdoers after extensive discovery, which included a ton of document review and depositions. Early on they were actually laughing at the allegations and told me to dismiss the lawsuit to avoid paying them fees and costs. I could not be more proud of my client for staying so strong in the face of adversity both in her recovery and ultimately prevailing in this lawsuit. ~ Tony Sos, Personal Injury Attorney

The problem began when our client participated in a government-funded weatherization program for low-income residents. As part of the program, contractors agreed to repair an original 1965 gas furnace that had been inoperable for at least six years. Upon completion of the repairs, our client was led to believe that the furnace was safe for operation. However, this soon proved not to be the case.

The first time the furnace was turned on after the repairs were made our client was exposed to carbon monoxide, which resulted in an extensive brain injury. As it turned out, the defendants had failed to perform a CO test upon completion of the repairs. This was despite prior knowledge that similar homes in the area had a problem with CO, despite state and federal government and program requirements stipulating the requirement for testing, and despite the age and condition of the furnace prior to repair.

Even more damaging to the defendants’ case were documents stating that the carbon monoxide test was performed after the furnace was repaired, despite other documents proving that the repairs had not yet been done (nor was the furnace even operational) at the time of supposed repair inspection. Upon further questioning and research, it was revealed that the program inspector had forged document dates to meet his deadlines for getting paid that month.

Unfortunately, this flagrant disregard for our client’s safety did indeed result in serious harm to her and lead to the creation of this Florida carbon monoxide lawsuit.

Our client first used the furnace overnight several months after the alleged repair had been made. She turned the heat on, turned the thermostat down low and then went to bed. She slept in her bed near a slightly open window to allow fresh air in the house. Upon waking in the morning, she was not feeling well. She had a headache, shortness of breath, felt lethargic and was nauseous. Thinking that she was coming down with something, she closed the window and adjusted the thermostat higher. Almost immediately, the carbon monoxide alarm detector went off.

She then dialed 911 and got herself and her dogs out of the house. First responders transported her to the hospital where she received treatment for oxygen toxicity due to the inhalation of carbon monoxide. Treatment consisted of oxygen and medications. Despite these efforts, she suffered an oxygen toxicity seizure. Doctors soon ordered hyperbaric treatment and consultation with a neurologist. Over the course of the next week, she was transported back and forth between facilities for hyperbaric treatment, oxygen, and medication therapies. X-Rays taken during her stay revealed a persistent right medial basilar opacity with subsegmental atelectasis and interstitial edema, which caused her seizure.

The neurologist opined that the victim had carbon monoxide poisoning and suffered residual gait instability and oxygen-induced seizure during treatment. Eight days after removal from her home, the victim underwent an MRI of the brain which revealed a bilateral hyperintense T2 signal within the mastoid air cells, representing fluid, as well as chronic microangiopathic changes. She received intense therapy and treatment for eight days following her exposure to the CO but never recovered 100%. She was eventually released with a prescription for home health caregivers, as well as instructions for follow up with the hospital and specialists.

Two and a half months later, she met with an internal medicine specialist who diagnosed depression, severe headaches, severe bilateral lower extremity weakness and fatigue, forgetfulness, slow and stammering speech, chronic shortness of breath and bilateral weakness of the lower extremities, all of which were causally related to the carbon monoxide poisoning. She was prescribed oxygen and portables and underwent pulmonary stress testing.

As a result of her lower extremity weakness, fatigue and shakiness, she was prescribed a walker to assist in movement, in-home therapy that consisted of therapeutic conditioning, including occupational therapy, aimed to improve speech, memory and gait.

For three months, she did this therapy under the guidance of a visiting nurse and therapists but still suffered from fatigue, needed to hold onto furniture to walk, had yellowing in and about her extremities, and at one point, fell at home due to dizziness. She soon needed speech therapy and under the advice of her therapists was unable to use anything but a microwave oven to prepare food.

By this time, a second neurologist had been consulted due to the victim’s gait abnormalities, cognitive impairment, and chronic headaches. This neurologist also found that the problems were the result of the toxic effects of carbon monoxide. A brain MRI and diagnostic tests showed brain abnormalities which we causing tiny strokes. Blood tests revealed cerebral thrombosis with cerebral infarction.

Today, the victim is still under treatment with neurologists and enjoys a greatly diminished quality of life due to permanent cognitive impairment from the carbon monoxide poisoning.

The total known medical expenses to date are over $65,000.00. However, cases like this are about much more than the dollar cost of medical care. The victim’s entire quality of life has been affected to the point of depression, an inability to accept her new reality, and feeling like a completely different person. Her entire social life has collapsed as she can no longer be as active as she once was. She has lost confidence in her ability to do things for herself and has given up her job at a library as well as volunteer positions as a result. Much of what made life enjoyable for her is now gone and she still suffers from ambulation difficulties, speech impairments, and headaches. Friends confirm that she is a very different person now.

Carbon monoxide has earned a reputation of being a silent killer because it is odorless, tasteless, and colorless. It’s also highly poisonous and exposure to even the smallest of amounts can lead to traumatic circumstances very quickly. We often hear of carbon monoxide cases when a person has died, but that is far from the only danger.

Carbon monoxide (CO) poisoning occurs when the gas is inhaled. CO displaces oxygen in the bloodstream, which means the rest of the body doesn’t get the blood it needs to function. The brain, heart, and vital organs are all deprived of oxygen when CO is inhaled. Any time an organ is deprived of oxygen there is potential for serious long-term harm to occur. This is exactly what happened to one of our recent clients.

Our client suffered carbon monoxide poisoning that resulted in a very serious and life-changing brain injury. Her carbon monoxide attorney, Anthony Sos, secured a settlement for her, but the damage to her health will affect her for the entire rest of her life. 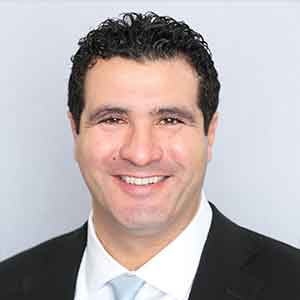 awsuit attorney, Tony Sos, was able to secure a very favorable settlement for his client through his dedicated and detailed approach.