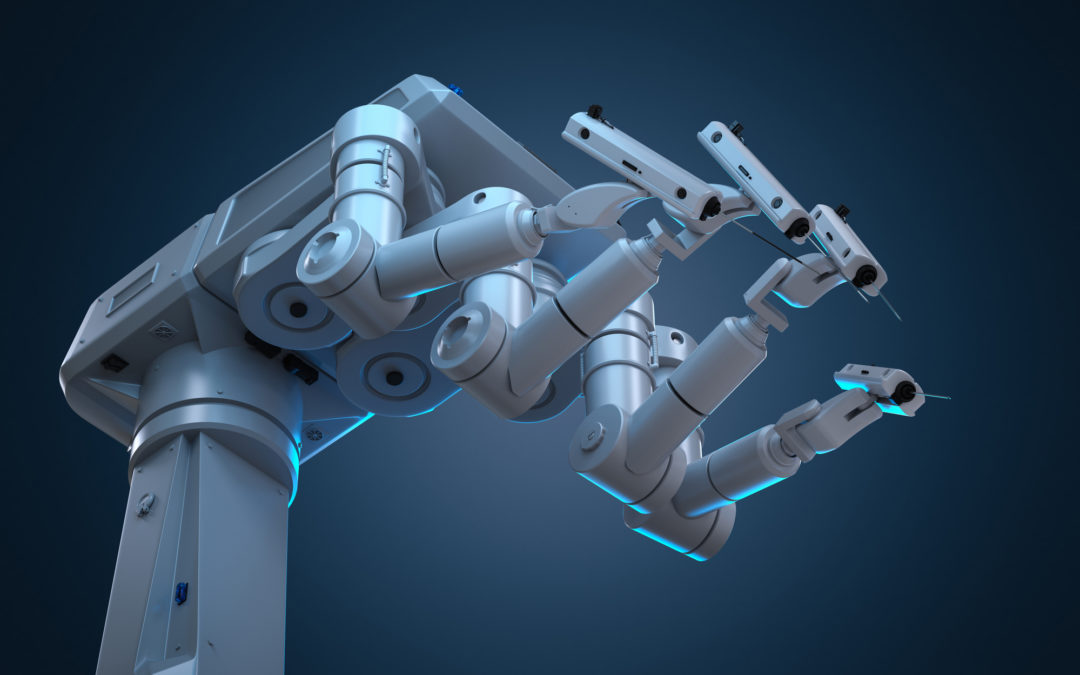 Robotic surgical systems are often described as a breakthrough in medical technology. Yet some doctors only get a week of training before they utilize the robots in surgery. Is that enough training? Da Vinci Robotic surgery hysterectomy lawsuits have been filed by women alleging that pieces of the da Vinci robot were left inside their bodies. Other da Vinci robot injuries include surgical burns, cut uteruses, tears to arteries, bowel injuries and organ damage.

What is the da Vinci Robotic System?

The da Vinci Surgical System is a robotic system used to assist doctors in during surgeries. It was created by Intuitive Surgical and later approved by the FDA for use in 2000. The robotic system is the newest form of surgery using a minimally invasive approach.

How does a da Vinci Surgical System Work?

While performing surgery using a da Vinci system, the surgeon is always in the same roof as the patient, usually just about 20 feet away. The system is comprised of two major parts: a surgery console and a patient-side cart with three or four robotic arms.

The patient-side cart is comprised of three or four robotic arms that are controlled by the surgeon via the surgery console’s controls. The arms can either hold tools or act as scalpels, scissors, bovies, or graspers.

These robotics arms allow for a wider range-of-motion than a human hand and wrist.

How are doctors using the technology?

Robotic surgery was developed as a sort-of improvement upon conventional laparoscopy. In traditional laparoscopy, the doctor stands next to the patient using long instruments to create space between the doctor and the patient. The instruments, however, don’t have wrists or the ability to rotate like in the newer robotic surgeries offered by the da Vinci surgical system. 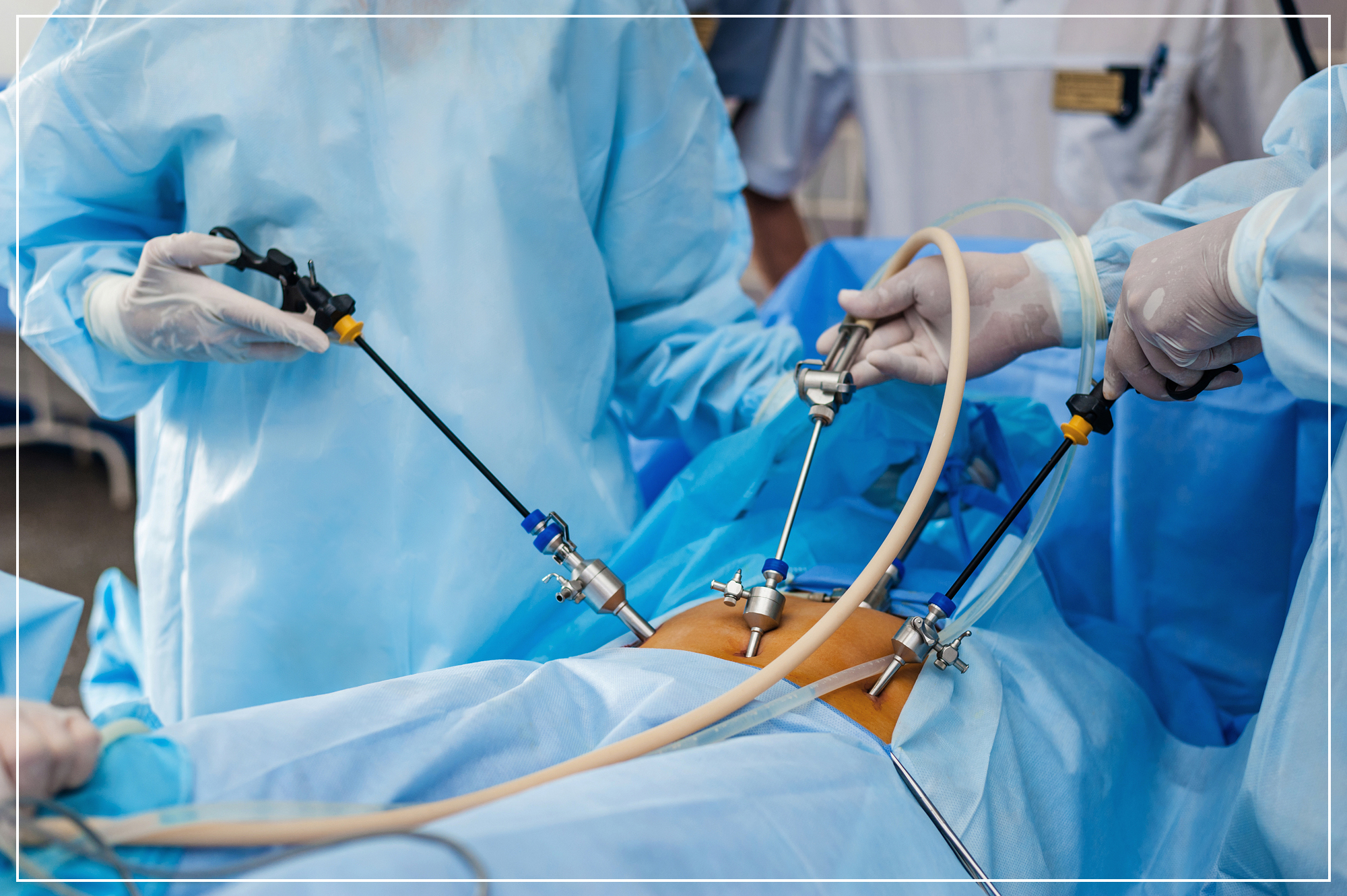 What are the benefits of this technology?

The da Vinci Surgical System allows for a much wider range of motion than would be possible with the surgeon’s own hands and wrists. This can grant better angles for more precise incisions and potentially better surgical results.

The robotic system also creates a minimally invasive approach that reduces the contact between the surgeon and the patient, providing a more sterile environment during surgery.

What are the risks?

Doctors and surgeons aren’t trained on this technology throughout their vast schooling, so it takes an additional learning curve to become fully trained on the da Vinci Surgical System. Critics of the system have stated that hospitals don’t get surgeons ample time to learn the system before being thrust into surgery.

This could be derived from the high upfront cost of the system as well as the maintenance that it requires. Without surgeries constantly being performed on the system, it becomes a substantial financial burden for the hospital.

Reports have also been made that the system can create unintentional electrical currents during procedures and cause complications. 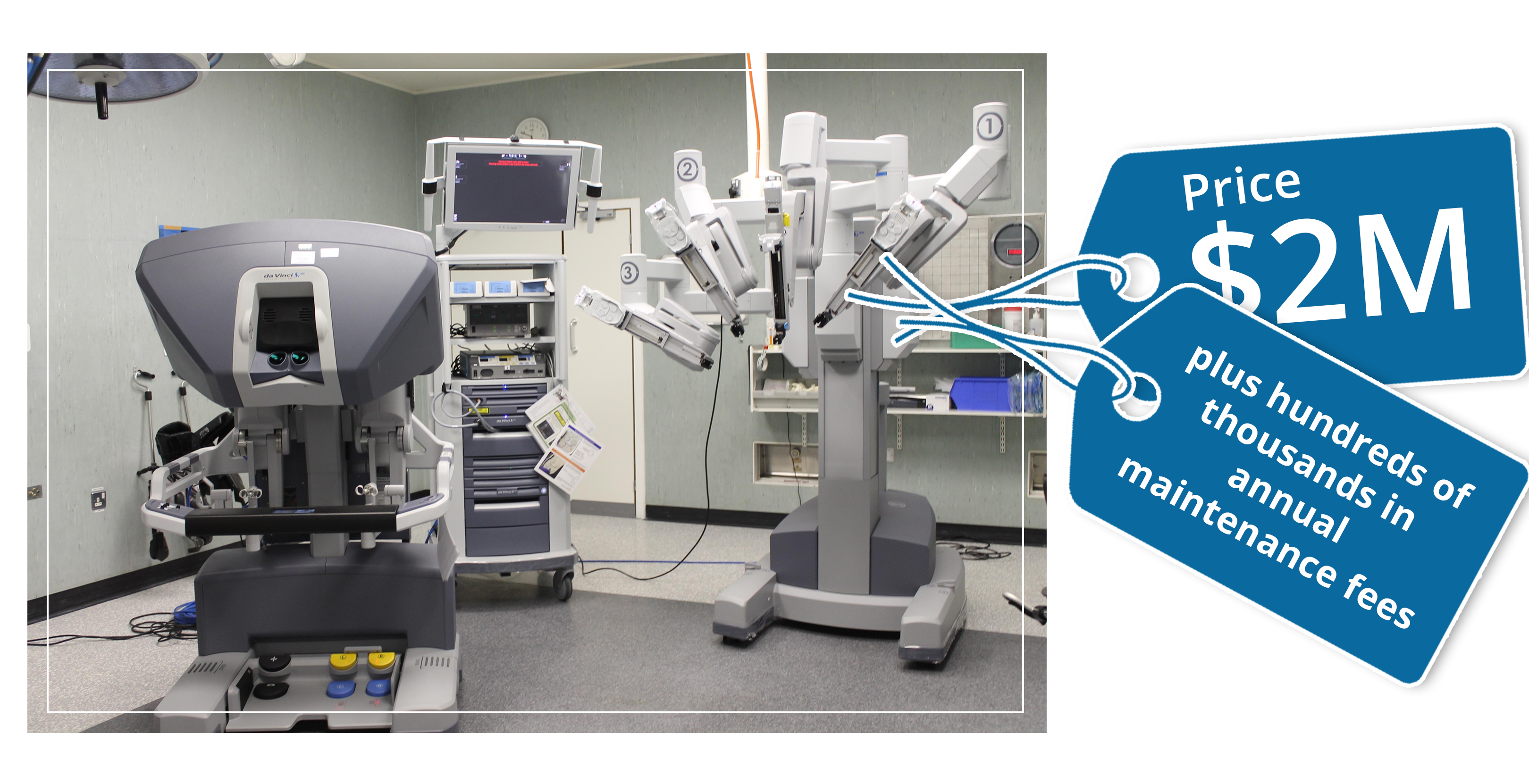 While many see the da Vinci Robotics system as pioneering surgery and medicine, there are underlying problems that arise with the use of this new technology in such a delicate field.

Critics have not only brought up issues with the product, but also with Intuitive Surgical, the company behind the da Vinci machine. They’ve been known to pressure surgeons into getting trained and credentialed using their technology and claiming that the surgeon will begin to lose patience and business if they don’t.

Intuitive also has a team of sales agents that are meant to ensure that the machine is constantly used at the hospitals, meaning that Intuitive can garner profits off of their per surgery fees that they charge the hospitals. This team is also a big part of creating patient demand, which Intuitive believes in vital to their success.

And their business has definitely grown, reaching almost $600 in September of 2018. Critics of the company claim that the climbing stock value is of utmost importance to the leaders there.

A major medical concern that was discussed in CNBC’s show on the da Vinci system is that of unforeseen electric currents passing through the shaft of the arm. This can cause collateral damage if the shaft is touching any organs or tissue on the way to the spot of the procedure. There is video evidence of this happening in live surgeries thanks to the camera attached to the da Vinci system. However, the amount of cases of this occurring is thought to be significantly more since there is a blind spot in which it can happen. Just below the camera rig, the shaft of the arm continues to extend to the base of the system. This is out of sight for the surgeon, but not immune to emitting unwanted electrical currents to the patient.

Many skeptics are also curious about the actual effectiveness of the robotic system compared to a traditional surgery method or a conventional laparoscopy. They have voiced concerns over whether it is worth the risk that’s involved with technology and the hefty price tag of the da Vinci system.

There have been injuries and, unfortunately, deaths that occur following a surgery performed with a da Vinci system, but there isn’t solid evidence at this point to prove a link between those instances and the system itself.

How has Intuitive Surgical responded to allegations?

Intuitive Surgical, the company behind the da Vinci surgical system, holds strongly to the claim that the issues arising during their procedures have nothing to do with the robotic aspect of their product. In response to the allegations of unintentional burning during surgery, the company stated, “Monopolar energy instruments are not unique to robotic surgery.” and later added, “We are confident that the da Vinci surgical system deploys monopolar energy in a safe and effective way when used as indicated.”

Monopolar energy is when energy is transferred from the da Vinci system to the tip of the arm through a wire. When the wire isn’t completely and correctly encapsulated, the energy has a chance of breaking through the surface of the wire, sparking on the organs of patients.

Intuitive Surgical says that this isn’t unique to robotic surgery, but is rather an issue with the tools used for surgery of all forms.

While Intuitive Surgical is undoubtedly leading the charge of medical robotics with their da Vinci, they’re not the only company with medical robots already in use at hospitals. Other notable medical robotic systems are:

Should I contact an attorney if I’ve been affected by medical robotics?

If you believe that you or a loved one has been affected by the negative consequences of medical robotics, contact our expert medical malpractice attorneys for your free consultation.